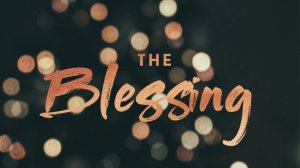 The last few mornings I’ve woken up to a voicemail from a guy (let’s call him Paul for now) I’ve been spending quite a bit of time with and who I’ve been helping.

Paul has been street homeless for around 5 years. But the root of where he’s at in life stretches back to around the age of 14. I can only imagine how difficult things have been for him since then.

I have to be honest, it’s taken some time for me to see Paul as Jesus sees him. But as the months have gone by, I have begun to appreciate him for who he is, not what he does, or how I see his current situation. How Jesus sees him is so precious.

And it’s fair to say that it’s probably taken some time for him to trust me and see me as a friend, someone who genuinely cares. Various things have helped that happen.

One time that stands out was in February when I had a call from him early one morning. He was in the middle of a situation and didn’t know what to do. I was able to go to Aldershot and sort things out for him. Since then he has remembered that, and will often talk about what that meant for him. Helping him then brought a new level of trust.

Paul is the person I mentioned in the previous post who, through him, I’ve met others who Father is drawing. It’s clear to me that in the words of Philip, “Something’s going on.”

Recently, Paul has begun initiating conversations about God. He tells me that he’s been talking with God, and asking for help. And he sees that he is being helped.

He’s always been a good “fundraiser.” In fact, when he has moved forward from his current situation he would do any charity proud as a fundraiser!

Whilst he has always been good at asking and receiving, he has recently begun to acknowledge that Father is keeping him and providing for him. He is acknowledging the Source of provision that I feel has always been there. Our conversations are hilarious, and if you met him you would understand why! But I have truly grown to see him as Christ in me sees him, and to love him as a friend. That’s really important. Friend.

I went to visit his mum last week. Just as I was leaving, she was asking me something, and said “I’m sure you are a blessing to all your clients. No, wait, not clients. Friends.” That hit the nail on the head! People are looking for friends. Genuine, I’ve-got-your-back-no-matter-what friends. They are looking for the Christ in us who was sarcastically called the “friend of sinners” by the religious leaders. That is something we have to learn ourselves. Not to see people as sinners, but to embrace them in their hurt and pain as friends.

Back to yesterday morning. So my phone started to vibrate at 6.53am. Much too early for a Saturday for me, even the boys weren’t up! I looked to see who was calling, it was Paul. He is an early bird is Paul. I didn’t answer, and he left a voicemail message.

Later on, after a couple more missed calls, I called him back. First thing he asked me was if I’d listened to the voicemail message! I told him I hadn’t, I’d just called him back as I was pretty sure I knew what he had said. He was very insistent that I listened to it, and said to call him back when I had!

I went to my voicemail, and this is the transcript of what I found:

“Good morning Peter and God bless you. This is your morning blessing. As you are…. You’re with me mate. You work with God. Trust me. I bless ya, boy, I bless ya.

Cause like, er, would you be able to get me in the hotel later if I get all the cash up? Cash in the hand, you know that boy.

And er, yeah, anyway….. This is your morning blessing Peter. I bless you boy. I bless you mate in the name of the Father, the Son and the Holy Ghost.

I love you too Peter. I love ya. In a way you’re more like a Dad. You know I get all emotional when I talk about my Dad.

I love ya too Peter. See ya later boy, bless ya.”

I sat on my bed both laughing and feeling quite emotional and definitely feeling blessed!

These are steps forward for Paul. To be free to share what he’s feeling. And to want to bless someone else is a big deal. If you knew his past, for him to talk about someone being like a Dad is huge for him. But that’s simply Father working and drawing Paul to himself.

I am convinced that Paul will come to know that, to quote John Anderson in Jesus, The Inner Spring, “God is his Father, and he is his Son.”

The amazing thing for me is that Paul says that he never believed in God till we met. Father is revealed through Christ through us. As we bless, others will in turn choose to bless. And to choose to bless is a beautiful thing.

Let’s continue to be the friends of those who are looking for a friend, and to bless them so that they will meet others and bless them in turn.