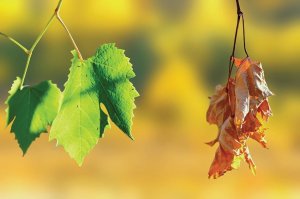 July was a busy time, and then the school holidays arrived, so it’s been something of a juggling act since then! I’ve been meaning to sit down and write this for some time though. This morning I gave myself the space and time to do it.

Hindsight is a wonderful thing. To be able to look back and see things a little more clearly. To be able to understand, even in part or in some tiny measure, what has happened and why is something of a comfort.

As you know if you’ve followed this blog, Lee’s death at the beginning of July was sudden. I’ve been remembering the blog post I wrote (A New Hope, click link to read) in February 2016, the day after my mum passed on. I’m aware that death is difficult for those of us left behind. And sometimes the circumstances are difficult to accept. It is, at times, hard to find comfort when a death has not been a peaceful one, and perhaps even harder when we feel as though it may have been avoidable.

And yet it never ceases to amaze me how, for a follower of Jesus, Life himself is so overwhelmingly present and tangible through an experience of death if we remain conscious and aware of him.

Stephen Verney wrote this about the Divine Love who is contemplating us.

“He sees me and understands and accepts me; he has compassion on me; he creates me afresh from moment to moment, and he protects me and is with me through death and into the life beyond.”

This consciousness that the Divine Love is contemplating us is life changing. As we drove Jean (Lee’s mum) to scatter Lee’s ashes a couple of weeks ago, she spoke of her new found faith in God. Her words were simple, but powerful and profound.

“This has changed my whole being.”

That is profound because it speaks of not just a belief, but that Jean is conscious of her purpose and existence. She could have said so many other things. But she used the word “being.” Being isn’t just about a change of mind, or even belief. When I heard her use that word, I heard “This has changed who I am and who I will be from now on.”

I was sat with Jean yesterday. Naturally she is experiencing grief for her son. But at the same time she is blessed with Life. For someone who is new to this Life experience, it can be a bit confusing. We might feel one thing, but at the same time we know in our hearts the Truth, and we experience Peace that passes understanding. Jean and I sat and simply reminded ourselves of all that Father has been up to. It’s something that I encouraged her to continue to do when she feels low or alone.

I’ve said before that I first met Jean in March. What was supposed to be a half hour conversation over a cup of tea turned into an almost 3 hour epic conversation! And yesterday we remembered that time and then reminded ourselves of all that’s happened since. That first meeting I met a lady who felt isolated and alone. That is not the case now! Jean has friends, she feels connected, and she is experiencing Life and Peace himself.

And here is something else that never ceases to amaze me. Father knew in March (in fact before March) all that would happen, and knew that we would be where we are today. I do hope that I don’t ever get used to that, and that he continues to amaze me like that! It is so incredible how he pieces everything together, fits it perfectly, and then gives us a glimpse of the picture too.

Father knew what would happen to Lee. He knew exactly what Jean needed, needs, and will need.

When we trust the Life within us to work as he sees Father working, we can trust that we and others will be just where he wants us to be at any given moment. When I trust Life, I don’t need a plan. I don’t need to know what the outcome of this conversation or that action will be. I don’t need to know the grand plan and where this will take us to in a few months or years time.

I need only follow the promptings of Life himself.

I’ve also been reminded of the words that Jesus says (quoted here from the New Living Translation).

I tell you the truth, unless a kernel of wheat is planted in the soil and dies, it remains alone. But its death will produce many new kernels—a plentiful harvest of new lives.

It’s been a joy recently to hear Philip speak about people he is meeting. He may not have been aware at the time, but as he’s spoken of these encounters, I am more than aware that Father is drawing people to Philip to meet Jesus. And, as you know if you’ve followed this blog, Philip has been a new man since January of this year. This was a death of sorts. A spiritual one, but a death nonetheless. The death of the man on the bench, and the resurrection of the real Philip through Christ, means that Father is working and that Life has sprung up from death.

Lee experienced Life. I have no doubt about it. Jean and I spoke about that again yesterday. Perhaps to many it wasn’t evident. But if you sat where he sat, and listened to him, you could hear his heart. The change in him was profound.

I was talking about Lee with my big brother John the other day, and he reminded me of something he’d told me before.

“I was at home one day (perhaps a couple of months back), it was raining heavily that day. I could hear someone singing about God on the street outside. I looked out the window to see Lee crossing the road, singing at the top of his voice about God. He was so happy.”

It is little things like this that show me that Father was working.

But do you know where Life in Lee sparked from?

It was through death. It is not lost on me that this happened. My friendship with Lee changed completely in February.

Lee had been sleeping at the flat of a friend of his. Over a couple of weeks, he and I had been taking food to this friend who had been ill for some time. I remember being asked to pick up a few things one Monday morning, and met Lee at the flat. He planned to sleep there that night.

The following morning, Lee called me at around 8.20. I was on my way to the bus stop to get the bus to Aldershot. I answered and could hear that Lee was distressed. He said he’d woken up and had tried to wake the person whose flat it was, but he couldn’t wake them, and he thought they were dead. He didn’t know what to do and asked if I could get round there asap.

I changed my plan, borrowed Dad’s car, and got over there as quick as I could. When I arrived I knew that what Lee had said was right. A little later, after the paramedics had arrived, we were told that it was likely the person had died sometime during the night.

Lee would often speak about that morning. Perhaps I didn’t appreciate what it meant to him at first. But I began to understand as time went on. He would speak of not knowing who to call, and then knowing he should call me. And I began to realise how much it meant to him that I got there as quick as possible, and that I was able to sort things out for him.

That shared experience of death was the catalyst for Lee and I sharing Life himself. Lee changed from that moment. Death produced Life in him. Our friendship changed. It was clear that Father was drawing him and working in him.

There are other things that I remember now, that at the time maybe I thought less about.

“Look around us. Look at the trees, the sky, the people. Look at everything around us. We’re already in heaven. Heaven is already here.”

I didn’t tell him that! And neither did anyone else as far as I know. He came to that himself. Or to put it a better way, Life working in him brought him to that understanding. Perhaps he was being prepared for a new place?

This is the seed falling to the ground, and bringing forth new seeds that Jesus speaks of. It didn’t make sense to Jesus followers what Jesus was saying at that point in time. It did a while later. Death often doesn’t make sense to us, but as followers of Jesus there is a continuing hope, and we know that, no matter what, Life triumphs over death.