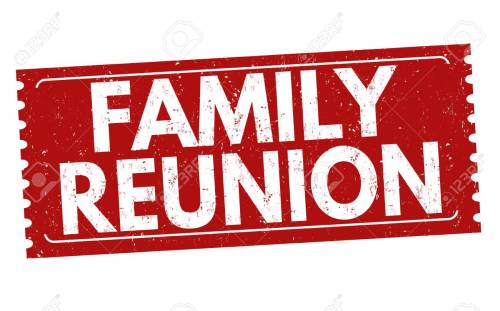 I tried last week to write this, and I’m glad that it didn’t work out!

It’s now just over a month since I wrote and shared what had been happening in Bill’s life. Well, the last month has surpassed all expectations! It’s been quite a month of road trips and it’s been a busy month. First there was a weekend trip to Liverpool to attend a family event on behalf of Jean who couldn’t make it.

I mentioned before that we had worked out a date to take Bill to meet Rebekah (not her real name). Following the weekend trip to Liverpool, Thursday of that week Sarah and I took Bill to meet his sister for the first time. We went down to Devon and stayed overnight till Friday lunchtime.

Rebekah had kindly arranged an AirBnB for the three of us, and it turned out to be the perfect place to stay for us to eat together and talk, and for Bill and Rebekah to get to know each other better. There was a great moment upon arrival where I was faffing not knowing which parking space to go into, and Bill gently said “You stop and I’ll get out”, as he could see his sister standing waiting for us. Letting him out it was great to see them share an embrace that, for her, had been 43 years in waiting.

I wish I could share Rebekah’s story in detail, but I can’t as it wouldn’t be wise to do so online for her sake. Even with her name changed, I don’t feel the liberty to share any of her story. Trust me, hers is quite some journey, and we realised how big a deal it was for her to trust Sarah and I due to events that have unfolded in her life. It’s the little details in all this that continue to show us “Father is working.”

I will say that we walked the seafront and enjoyed talking together back at the apartment. We ate together in the evening, and again in the morning, then going out for coffee before we had to leave at lunchtime on the Friday. And the great thing is that Bill and Rebekah have continued to speak on the phone since we visited.

A week and a day later, we were travelling to Kent to take Bill to meet his sister Joyce and brother Nick (not their real names either) on his Dad’s side! That was also an amazing day. They were so good to Bill, and they even gave him a photo album with photos of his Dad and themselves, with space in the album for more memories over time. As we were leaving, Bill’s new niece hugged him and said “It was great to meet you Uncle Bill.” And Bill and Rebekah have continued to speak on the phone since we went to visit them.

It’s a lot for Bill to take in, but he has walked through it all brilliantly. Last month he knew he had a sister, and he knew where he last saw her but not when. In beginning our search for her, so much more was uncovered than any of us could have imagined. I think that’s the beauty of the phrase “He is able to do exceedingly, abundantly, above all that we ask or think.” We thought we were looking for Bill’s sister. We found two more and a brother and family he never knew he had. And as Sarah and I often say, our “parish” has widened again.

Last week I resumed the search for Bill’s sister, J (I’ve decided initials are much easier than trying to think up names in future!). Bill and I made a trip to Cheltenham on Tuesday to retrace his steps from his last visit to see her. Whilst we didn’t find her or the place she worked where Bill last met her, it was really useful and Bill again did brilliantly.

On Wednesday afternoon last week I felt the nudge to join a Cheltenham Facebook group, and clicked the button to join late afternoon. By the time I was approved, and had posted my message and had that approved also, it was 9.30pm. It ended up being a late night. It seems the people of Cheltenham don’t go to bed early! I had comments on my post and private messages galore! So many useful links and leads, including places to contact etc.

On Thursday morning I received a message from a lady living in Manchester who used to live in Cheltenham. She had read my message on the group, and she was certain she knew J and lived in the same property in the late 70’s/early 80’s. Her information was so detailed and has helped us focus our area of search. She also sent some pictures of the property for me to show Bill.

I sent these messages on to another lady living in Cheltenham who had already been really helpful, and long story short, she has been even more helpful! Through these two people contacting me, we have a strong lead to follow which hopefully will give us a trail to follow to actually find and make contact with J.

I keep thinking back to 7 years or so ago when Bill and I crossed paths. The connection was made then. Losing touch until 2018 didn’t matter. Father was working all that time. And since the end of 2018, we have been a part of what Father is doing.

A couple of weeks back I shared a video with Claire and Tina. It’s Norman Grubb’s morning prayer (video at the end of this post.) It’s a beautiful and simple way to start a day. Listen to what he says. I think there are really key things in what he says.

First there is trust that, rather than asking for things, we trust that Father is bringing himself to us through Christ in us. And so rather than asking for God to do things, we ask what he is up to and then we trust that he already wants (and needs us actually) to be a part of it. When we ask “What are you up to today?”, we are asking with total confidence that he will show us, just as he showed Jesus on earth, what he is doing. As Norman says, when we ask and he shows us, we then simply have to “move in by faith and do it.”

I think when we live like this, we will be surprised at what Father is doing, and how he is doing it too. It may not fit with our way of doing things. We may have a nice, orderly, tidy, clean (and very safe) plan of what to do and how to do it. But isn’t that the point? I’ve been reminded recently of the fact that his ways are not our ways, and his thoughts are not our thoughts.

I can be honest and say that the last 4 years of stepping out and doing what he asked me to do (“Feed my sheep”) has not gone according to my plan. Not that I had a particular plan in mind. I knew I was winging it. Trusting that to do what he said, he would show me what he’s doing and I could be a part of that. But at certain times I know I’ve found myself in a place of “I’m not sure this is what I signed up for!” If anyone is able to say they don’t have moments like that, please contact me and share with me how you made it to perfection!

At times there have been the most stressful and challenging situations that I’ve ever had. And I’ve had quite a few in my 46 years! But at the same time the bitterness I’ve tasted has been outweighed by the sweetness of the fruit that has been produced. We are not meant for building up earthly treasures. There is an eternal aspect to this life we are living now. There are heavenly treasures. And in fact they are to be experienced as much now as when we’ve stepped over into the other dimension of Spirit. Something Lee constantly reminded me and everyone he shared his message with was “Look around you. Heaven is already here.”

I still have moments where I have to reset, and not go looking for things or trying to make things happen, but to trust that Father is bringing people to me for the very reason that he wants me to be a part of what he’s doing in their life. Sometimes it doesn’t make sense to me. I think I should be doing more. Or less! But I think I’m learning still that his work is perfect, and his ways and thoughts are much higher than mine. So best to simply trust him.

“What are you up to today?”

Ask that in faith that he will show us and that he wants to, and we’re there. As Norman says, Father will answer by saying, “I’ve got all sorts of things to show you.” Even if it doesn’t make sense, it will at some point. Just do it. Follow the way of Peace within. Something else I’m learning is that he is quick to reveal to us what he’s not doing! It takes away a lot of stress. Others may not understand why we do what we do. They may not be seeing what Father is doing. But that’s OK. You and I aren’t out to convince anyone that we’re doing the perceived right thing. We’re simply out to be a part of what Father is doing.

You may have seen this video before. I may even have written a post with this video linked in the past. But it’s a great reminder of the simplicity of relationship we can have with a Father who wants us to be fully involved in the family business!